In this customer video, Chris Garrido of Garrido and Skehan shows the GIK Acoustics products he uses 242 Bass Traps, Tri-Traps to tame his studio.  He plans to incorporate Monster Bass Traps in the back and 242 Acoustic Panels on the side wall reflection points.

English English meets American English in the dynamic dance music duo that hit the scene with full force in 2011.

The duo is made up of Christopher Garrido and Jamie Skehan. The two met online back in 2009 and their first collaboration ‘Hold On’ was signed to Bonzai Digital along with two other smashing tracks including their dance floor smasher ‘Wasting Time’.

Cuban American Christopher Garrido (aka C-Gar) has been producing dance music since 2002. His productions skills combined with hard progressive style drums and bass provide the foundation of the Garrido & Skehan sounds.

Englishman Jamie Skehan brings a fresh perspective to the G&S sound. His raw musical talent and keen production ear provide some of the best melodies and uplifting feelings heard in the dance scene today.

My name is Christopher Garrido (a.k.a. C-Gar). I compose / produce electronic dance music. Mainly in the progressive, trance, and vocal trance genres. I am originally a native of Miami, FL USA. I’m of Cuban descent I currently live and work in sunny Santa Barbara, CA.

I was born in Miami FL, USA in 1980.  I lived most my youth in South Florida but have recently moved to California where I currently reside.

While studying Electrical Engineering with an emphasis in Digital Audio at the University of Miami in late 1999, I was immediately drawn into the electronic dance music scene.  Attending clubs like Shadow Lounge, Level (now Mansion), Club Space, etc.. to the likes of George Acosta, Edgar V, Paul van Dyke, Tiesto et al, I quickly found myself addicted to dance music: trance and progressive in particular.

In 2002, I got a copy of Fruity Loops music software and made my first beat.  It was cheesy as hell but afterwards I was hooked!  Since then I’ve switched to Logic, really honed my skills and have found my sound.  I continue to produce dance music with every spare minute I get.  It keeps my world moving…

These days I’m really diggin’ where electronic music is going. It has evolved so much since the 1999 ubiquitous trance anthems.  Don’t get me wrong, I don’t mind those every once in a while, but the genre as a whole has bloomed into some many things.  I really dig nice techy grooves with good progressive basslines.  I also really vibe on good song structures with vibrant melodies and strong chord progressions.  I must have music that strong rhythms and takes me somewhere.  So I guess the anthems live on in a way but it’s totally evolved in my mind… I definitely enjoy the vocal tracks a lot.  Some of todays popular singers are just so amazing.  I’m hope I’m fortunate enough to work with some of them in the future. 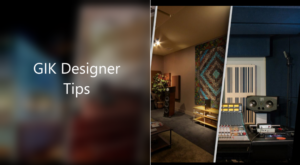 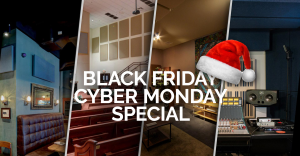 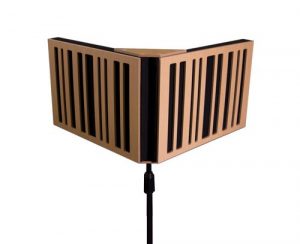 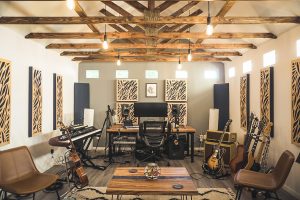 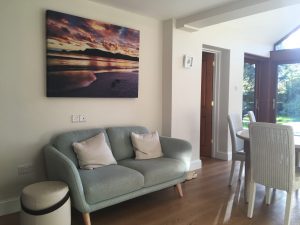 Want to learn more about GIK’s art panels? Here’s a short video that will tell [...] 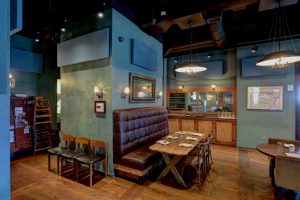 The Spot panel is perfect for your home or office treatment. Preview some of the [...]

Please wait while you are redirected to the right page...